Do the French consume anything else than French wine? … The answer is yes!

As in all major wine-producing countries, wine consumption in France comes mainly from domestic wines. But the French, more than their Italian and Spanish neighbors, are interested in foreign wines.

In the club of major wine producing countries, the share of imported wines in national consumption is higher in France (6%) than in Spain (4%) and Italy (2%). These figures are of course below those of Germany and the United States. But the latter are far from producing enough wine to meet their domestic demand. They are therefore naturally more open to wines from around the world.

The structure of the wine market in France

The 3.5 billion bottles of wine consumed each year in France are divided into two main modes of consumption:

Each of these modes of consumption correspond to very different criteria and purchasing dynamics! For example, the market shares of these same players in terms of value are proof of this:

The difference in market share is explained by the average price of the bottle. As expected, it is much higher in restaurants than in supermarkets. It is more expensive than average in wine shops, and cheaper on e-commerce sites, which go from one promotion to another and where “it’s the wine fair every day”.

These figures should be considered with caution as the boundaries between the different sales channels are blurred. Indeed, a restaurateur can very well buy his wine at the property. Many wine merchants take a multi-channel approach: in-store and online sales.  Nevertheless, our figures make it possible to identify the main players in the value chain. They also give a good idea of their power of influence in initiating and spreading new trends.

The wine market in the restaurant business

The restaurant sector accounts for a third of wine consumption in France, in volume terms. But two thirds in value! It is therefore essential for anyone who wants to tackle the French wine market to understand the organization of the catering market. 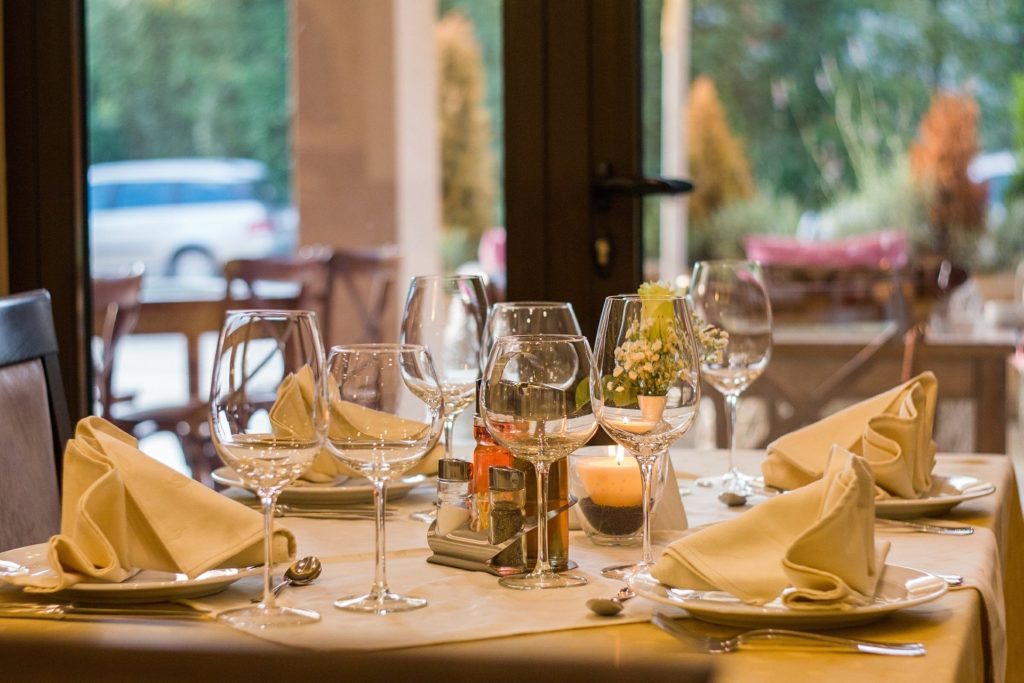 The share of wine in restaurant bills averaged 21%.  That’s a market worth nearly 12 billion euros per year! This figure is divided between still wines (84%), sparkling wines (10%) and others (6%).

If the average price of wine during a restaurant meal is 8€, this amount is variable. It has been proven that exorbitant prices, which can be up to 7 times the price of the bottle bought at the property, are detrimental to the development of the average ticket. Restaurants working their wine list intelligently by diversifying and dynamizing their offer are at an advantage. And those who also offer competitive prices can expect an average ticket of up to 35% of their turnover!

When you are a wine producer and you want to tackle the French restaurant market, it is interesting to understand where restaurant owners go for the wines they put on their wine list:

It is noticeable that the suppliers who are the most present in the restaurant business are those who are organized to accompany their restaurant customers. Indeed, few restaurants have a sommelier to compile their wine list and present the offer to customers in an educational manner. This is where the challenge for wine suppliers in the restaurant sector lies. They need :

Wholesalers and importers such as France Boisson and C10, or Valade and Transandine, provide more solutions than the Cash & Carry Metro type. 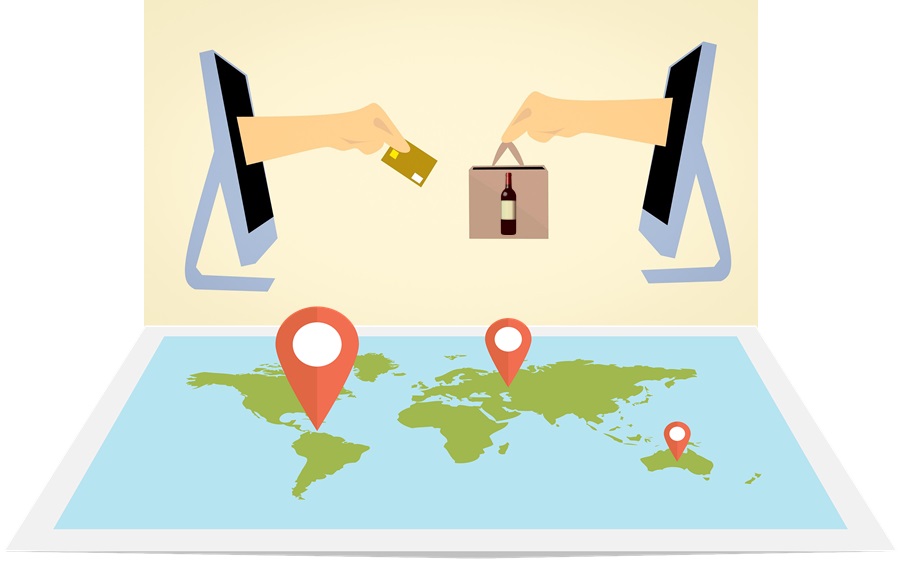 Similarly, the share of e-commerce in the retail sale of wine is experiencing a remarkable dynamic in France. Its market share has risen from 0% to 10% in less than 10 years! 30% of online wine sales would moreover go through mobile applications. From now on, e-commerce players have become essential to choose and buy wine.

The leitmotif of the sector is simple: the multi-channel approach. Online sales are not just an additional sales channel for the players in the retail wine business. It is a channel that allows to enhance the value of traditional sales channels. The main players who are boosting the wine offer on the internet are proof of this:

What place do foreign wines occupy in the French wine market?

Foreign wines represent 6% of wine consumption in France, in value. It may not seem like much, but it would be forgetting that France is one of the largest wine consumption markets in the world. The second, after the United States. We consume 3.6 billion bottles of wine every year.

The French market for foreign wines therefore weighs close to a billion euros! That’s the value of a dozen Airbus aircraft. As it is customary to compare the values of our wine exports with those of the aeronautics industry, let’s do the same with imports 🙂.

A market worth 900 million euros in France

Two-thirds of French wine imports come from our European neighbors. Spain (29%) and Italy (20%) are by far the leading countries. But this simplistic vision hides a more complex reality of consumption dynamics.

Indeed, out of the 900 million euros of the foreign wine market in France, we have to start by taking out nearly 200 million euros which corresponds to the import of bulk wine. That is to say, wines without appellation, unbottled, intended for bottling low end wines. The French vineyard suffers indeed from a deficit in the production of entry-level wines to satisfy the national demand. They are therefore imported from Spain.

The remaining 700 M€ are dominated by a few large references that are street-front:

There remains a dynamic and diversified market of 550M€, divided between other European wines and wines from the new world!

The purchasing habits of these wines of the world are specific to each consumption situation.

Raphaël Herbert, head of the C10 Wines division, one of the French leaders in the distribution of beverages in the catering trade, confirms that French consumption of world wines is driven by “theme cuisine”. These are restaurants serving national cuisine, which account for 15% of the sector.

Who doesn’t know the Nero D’Avola of the pizzeria in their neighborhood? Restaurants specializing in Italian gastronomy are the main promoters of Italian wines in France. The same goes for Spanish restaurants for Rioja or RiberadelDuero wines. Argentinean restaurants for the Malbecs of Mendoza. Portuguese restaurants for Douro and Dao wines.

Curiously, only American restaurants escape this rule, despite the growing interest of the French in Californian wines. The problem here lies more in the absence of American gastronomy!

The success of wine by the glass in bars

In wine bars, breweries and other drinking establishments, the success of wine by the glass stimulates the consumption of foreign wines because it encourages discovery. Easier to take a risk for a 4€ glass of wine than for a 25€ bottle, isn’t it? 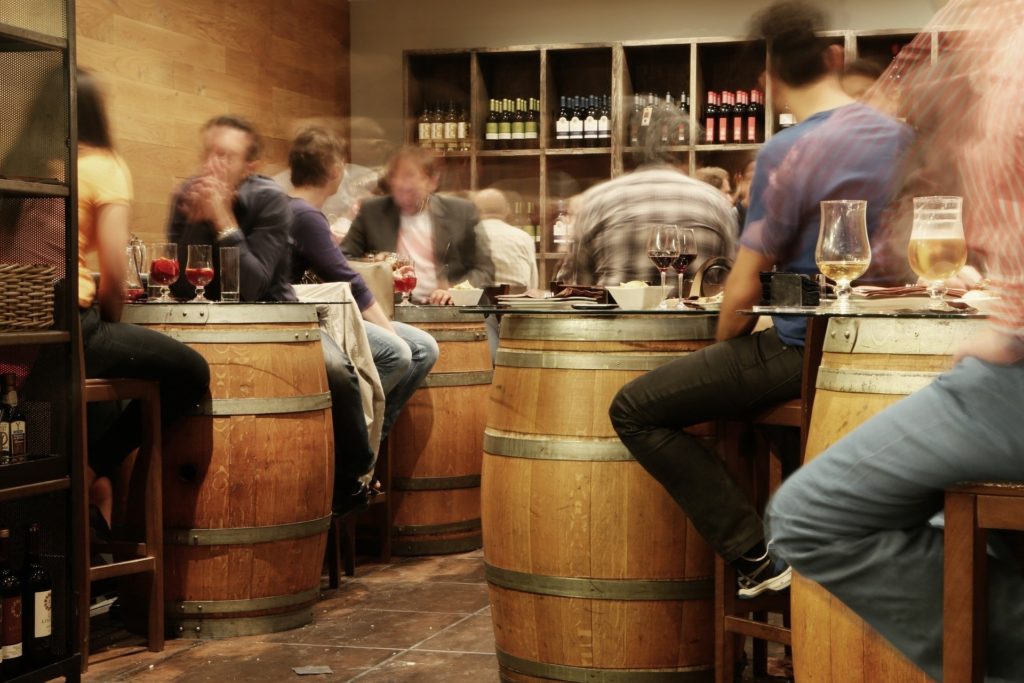 New wine packaging techniques allow restaurateurs to offer more wine by the glass. This offer allows them to increase the profitability of the open bottle by 20%. For the consumer, it is an opportunity to discover new wines. Especially foreign wines, which open up new horizons.

In his interview in our columns, Jean-Luc Soubie analyzed that the market for world wines in the restaurant business was driven by two categories of consumers :

Wine merchants, in search of originality

The percentage of world wines bought in local wine merchant networks is very irregular. It depends a lot on the tastes of the cellar manager. If he is interested in foreign wines, he will tend to offer them to his customers, all the more efficiently as he knows how to present them. If, on the contrary, the cellar manager is more interested in alternative French winemakers, he will direct them more towards them.

What is certain is that wine merchants are looking for originality. They have a real power of influence on the wines they sell, thanks to their proximity to their customers and the bond of trust they establish with them. The challenge for distributors of foreign wines is to be able to convince these wine merchants of the originality and quality of their wines. But also of their ability to train these professionals through tastings and master classes. 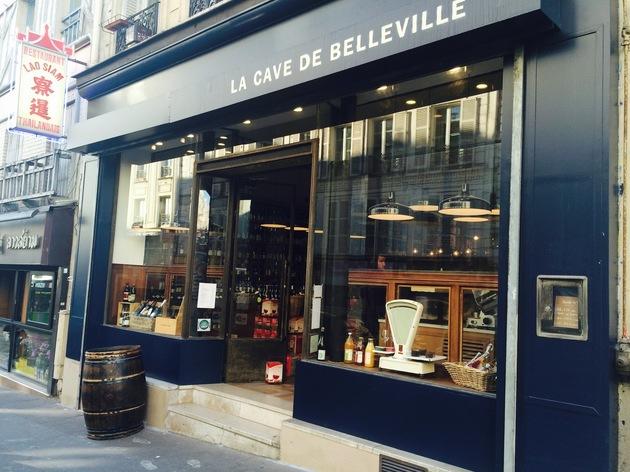 As we have seen above, the wine e-commerce sector is particularly dynamic. Different types of actors have multiplied over the last ten years to offer various and varied services (private sales, mobile applications for decision support, chatbot, wine box by subscription …). These players offer a wide range of “traditional” wines. But they are also the ideal channel to cover niche markets. There are many e-commerce sites specializing in sparkling wines, organic wines, natural wines, and of course foreign wines…

The specificity of e-commerce sites lies in the dynamism of their offers and their logistics organization. “It’s the wine fair every day on the Internet” confided a professional of the sector to the microphone of YannDiolo. So much so that this channel remains the most efficient way to obtain foreign wines. Effective in particular on the diversity of the offer, which covers all the vineyards of the world. Efficient in terms of logistics: delivery in a few days, storage in a conditioned cellar at the seller’s premises…

If you wish to reinforce your cellar with foreign wines, here is our advice on the most efficient sites. Generalists, vineyard specialists, importers, distributors, multi-channel wine merchants: there is something for every taste and every budget!

Mass consumption lagging behind, but able to scale up

Mass distribution has qualities and defects that are complementary to those of the other players in the value chain.

This is the phenomenon that Prosecco has experienced in recent years in France. Following a major marketing campaign by the Italian brand, the Spritz has imposed itself on the tables of our pubs as the trendy aperitif cocktail. Mass distribution has been able to take hold of the phenomenon to generalize it and make it mainstream. 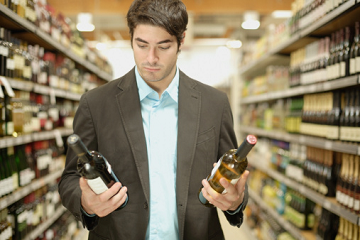 One last graph for the road! According to our calculations, this is the percentage of foreign wines purchased for each of these consumption channels:

Subscribe to our newsletter, and receive our free selection of world wines recommended to launch your wine cellar. 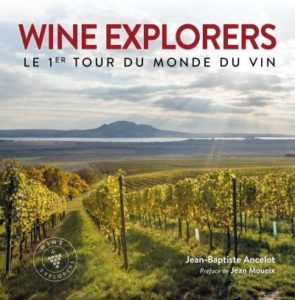